So, these ADORABLE little buns had me at first sight and when I topped them off with the CINNAMON STICK stems I was downright obsessed (!!!!!) The best part? These precious little buns are even better in taste! These little babies pop right out of the oven fully bursting with the comforting flavor of pumpkin, warm spices and just a hint of sweetness. 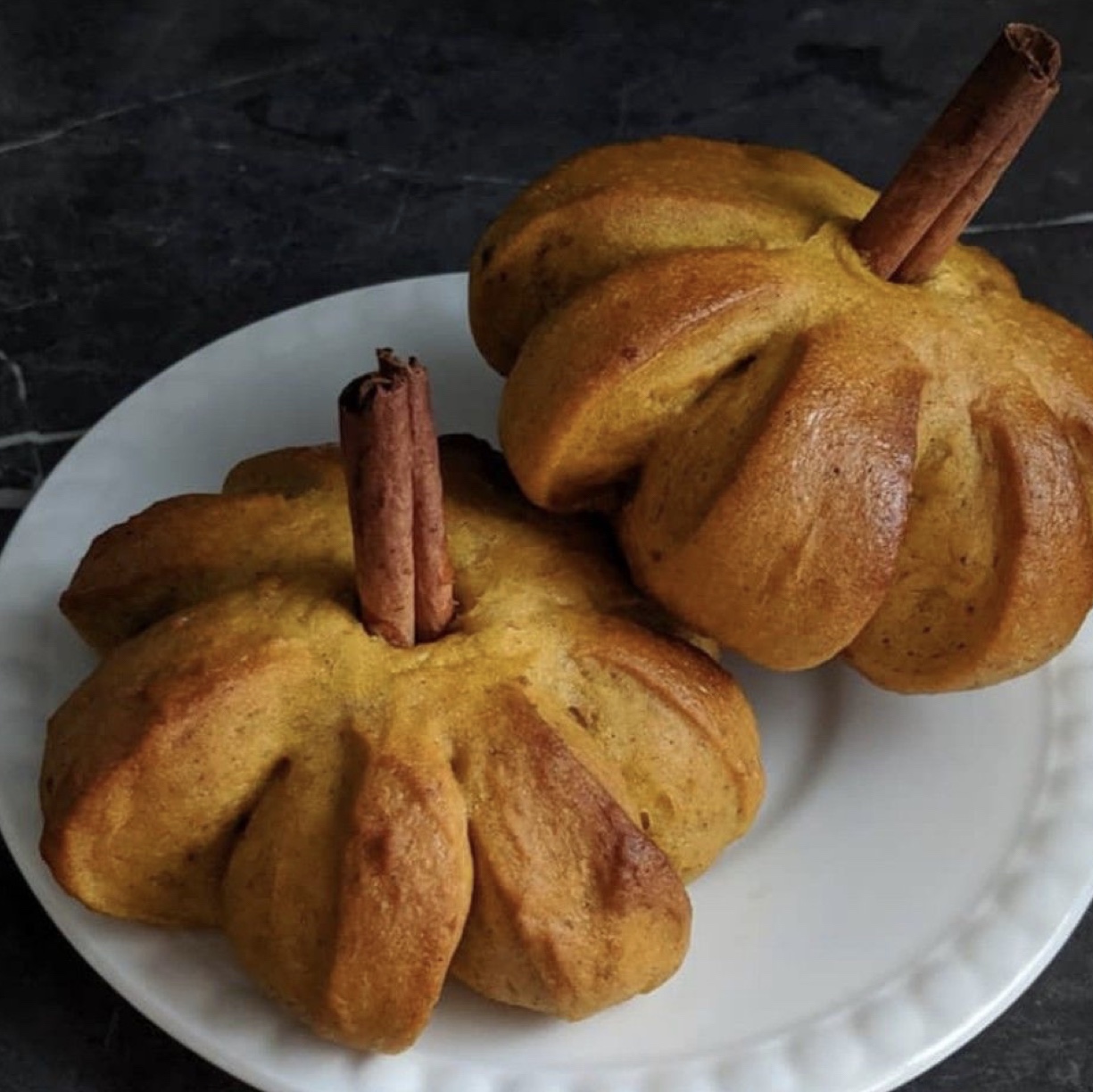 • ½ cup sugar (or sweetener of choice)

• ¼ cup oil (any neutral oil, I used a combination of coconut and sunflower)

• 4 cinnamon sticks, broken in half

1 In a small saucepan over medium heat, bring the nondairy milk and the sugar to a simmer. You just want to dissolve the sugar, so once it dissolves, remove from heat. Remove ¼ cup of this mixture and set it aside in a small bowl for later. Add the greater amount of the mixture to a bowl of a mixer and let it cool down until it’s just warm.

2 When this milk mixture has cooled enough, add to it the yeast, pumpkin purée, oil, cinnamon, nutmeg, allspice, cloves, vanilla and salt. Turn the mixer on low to incorporate the ingredients for around 1 minute. Now add the flour and mix until throughly combined. I like to use a dough hook attachment for this. Mix it on medium-high for around 3 minutes. The dough may appear a bit tacky, no worries though. Just oil your hands lightly and form it into a ball then oil the inside of the bowl before throwing it back in. Allow it to proof, covered and in a warm spot, for 1 hour.

3 After 1 hour, lightly flour your work surface and turn out the dough onto it. Use a knife to cut the dough into 8 equal-sized pieces (cut it like a pizza). Each of these pieces is then kneaded lightly, then rolled into a ball. Hold each ball in one hand while you use a pair of kitchen scissors in the other to cut 8 slits all around. Put each of the sliced balls on a parchment-lined baking sheet and stick half of a cinnamon stick into the center of each one. Twist it slightly to secure it. Cover the trays of pumpkins with damp towels and let them rise again for 30 minutes in a warm location. Preheat the oven to 375°F.

4 When they have risen, use a pastry brush to gently brush the surfaces of each pumpkin with that ¼ cup of remaining milk and sugar mixture (from Step 1 above). Don’t worry if you don’t use all of this glaze. Bake them for 18-22 minutes or until they are golden brown. Remove from oven and cool on a rack thoroughly before eating (they will taste gummy if you eat them just out of the oven). Just remember not to eat the cinnamon stick… 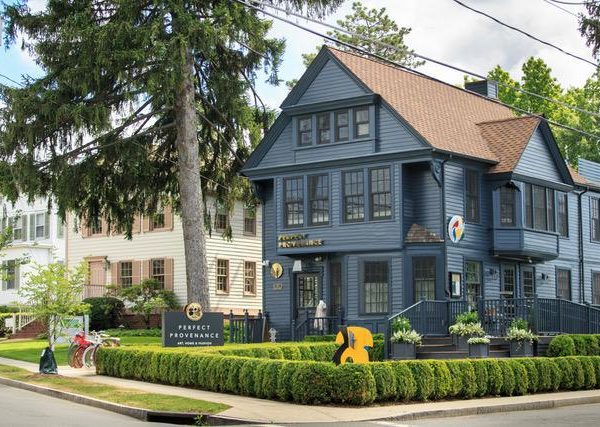 The Perfect Provenance, Is Literally Perfect. 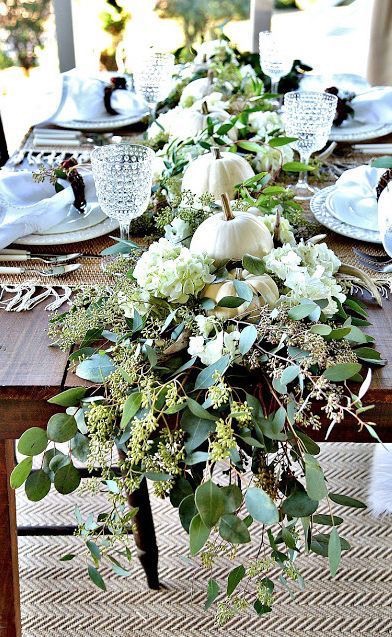 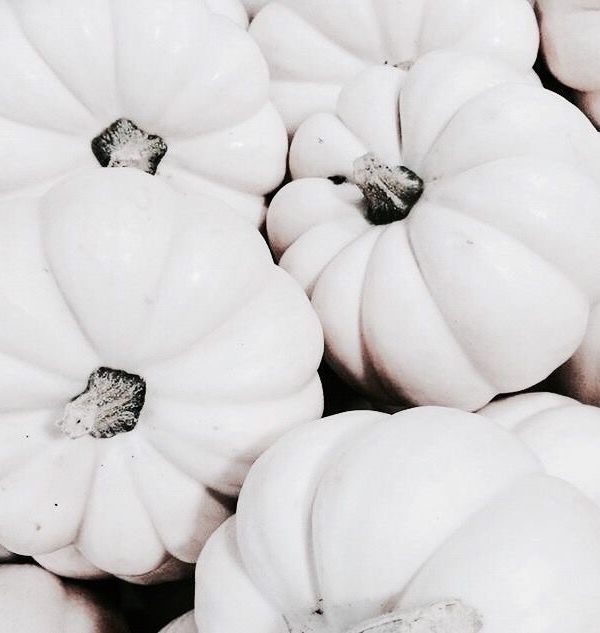 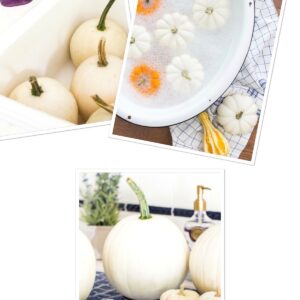 Stay in the know while being a part of it.

Laura McKittrick, born and raised Greenwich Girl, serves it up and dishes it out on all you need to know about lifestyle in Greenwich, CT & beyond. To learn more about GG as a brand and the face behind it check out the menu at the top of the homepage and click on the items titled 'about' and to view the digital version of the magazine click 'The GG Magazine'.